You are here: Home » Books » The Poet’s Moon 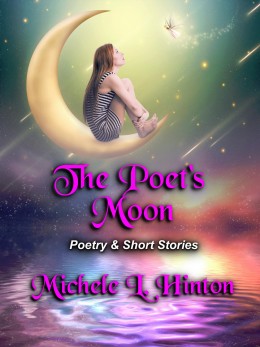 The Poet’s Moon, titled after one of the poems, is a collection of my poetry and short stories. The works are separated into sections from Thought Provoking and Humorous, to Oddities. Here is a sample of one of the poems from the back cover.

God gave me a moon to sit upon,
To write about stars in the sky.
And as I was creating a poem,
A little gold fairy came by.

She said, “This is a glorious night, dear,
With wondrous sights to see.
And I’ll happily take you to see them,
If you write a poem about me.”

She then sprinkled me with star dust,
And took me by the hand.
We flew across the Milky Way,
And what I saw was just grand.

There were shooting stars lighting up the sky,
And new stars that were forming.
I even got to see Haley’s Comet,
And I’m telling you it was heart-warming.

After flitting about the magnificent cosmos,
I was returned to my little moon.
I sincerely thanked the little gold fairy,
And hoped I’d see her again soon.

I picked up my pen to write a poem,
About the illustrious creation’s of God.
After all I’d seen I looked at my words,
And my insignificant poem seemed flawed. 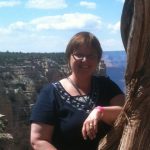 Who is Michele Hinton? Well, there's not a lot to tell. I'm a Kentucky girl who likes to delve into the imagination and write about what's in there. One could say my inspiration for writing was Edgar Rice Burroughs, the creator of Tarzan, but my all time favorite books he wrote are his John Carter series of books. When I was young, my mother used to read those books to my father and I would listen with an on the edge of my seat fascination. I'm not just a one genre author. My works include Action/Adventure, Humorous Horror, Thrillers, Poetry, Children's Stories, Short Stories, Fantasy, with more to come. I never know what I'm going to dig out of the attic in my mind when I sit down to write. If you decided to read some of my work, I hope I entertained you. Other than writing, I held a 4th degree black belt in TaeKwonDo in my younger days, I play a little guitar, went back to college to get my Bachelor's Degree in Business in 2013 at age 56. That's me in a nut shell.